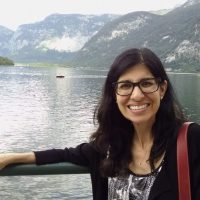 Marie-Anne Azar Ward lives in Jay and considered herself apolitical until the last administration. She was spurred to register as a Democrat and recently joined the Jay/Wilmington Democratic committee. As a first generation American child of Lebanese immigrants, Marie-Anne values a true democracy. With a BA in English from St. Michael’s College in Vermont, she worked for over a decade at MLPBS in Plattsburgh, wrote home features for a local magazine and maintained a long time involvement in both the Upper Jay Library and Keene Central School from which her twins graduated last June. Marie-Anne now works side by side with her husband, Jeff at Ward Pine Mill.