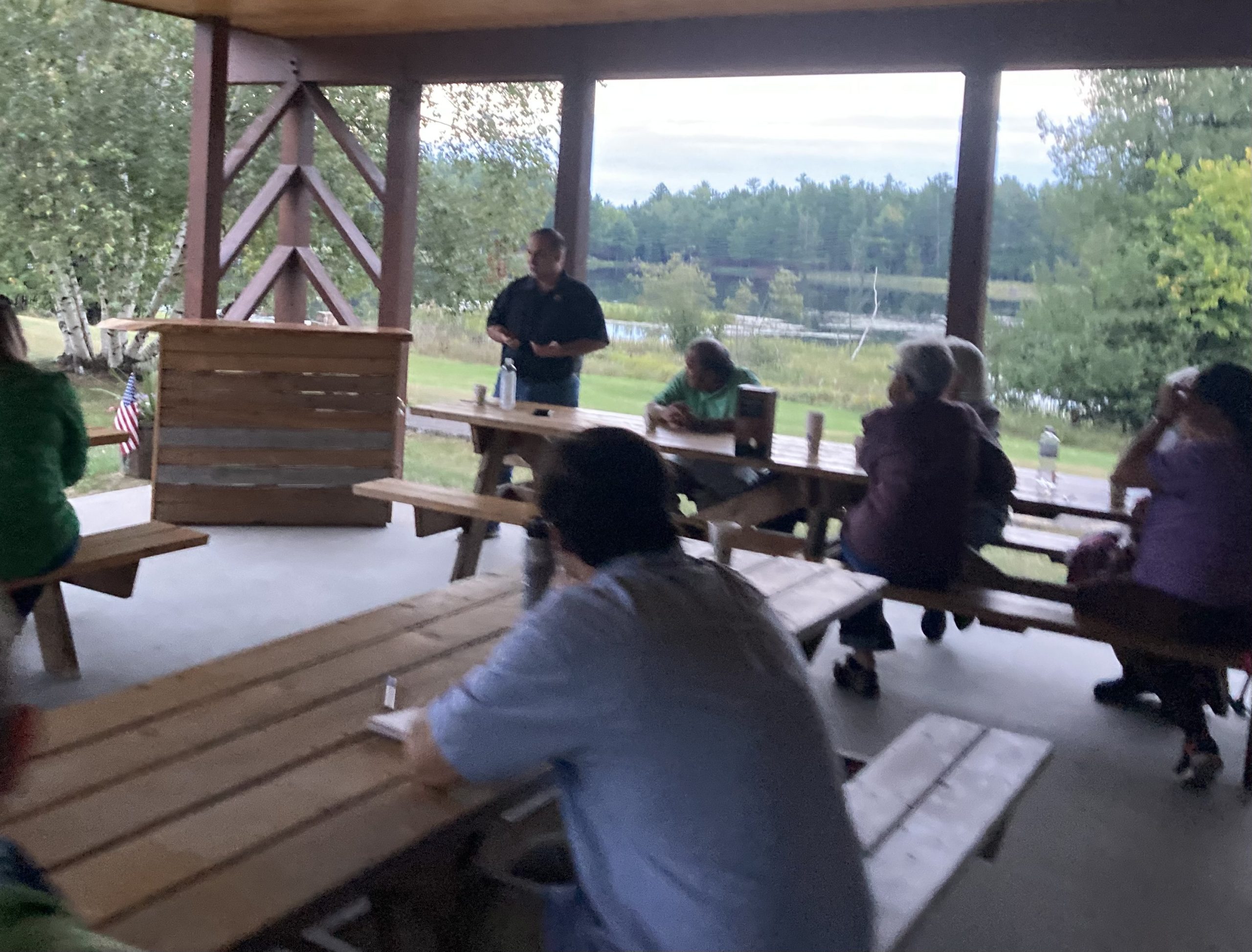 Turnout was great, the parking lot at the pavilion was almost full!

I think I speak for others in attendance last night: Wilmington Town Supervisor Roy Holzer was a terrific guest speaker. I’m impressed that our committee respectfully hosts Republicans and politely holds them accountable, too. Roy demonstrated an impressive grasp of local issues and leads by example. He’s a moderate Republican, supporting sensible policies even when counter to the MAGA toxicity. An example was his support of Gov. Cuomo’s position on masking during the pandemic and reminding his constituents that shipping spare medical equipment to NYC was the right thing to do because they helped us during the ice storm.

I disagree regarding his pro-development stance – but I don’t have his life experience, growing up poor when Essex County was nationally known for its “abject poverty”. Listening to others and making decisions based on facts ought to transcend party loyalty, and I think leaders such as Roy lead by example. I, and others, objected to the false equivalence between the MAGA Republicans and the far-left Dems. Overall, I think politicians such as Roy represent hope for both parties – in a two party system both must be pro-liberty and pro-democracy. We rise and fall to the level of our opposition.