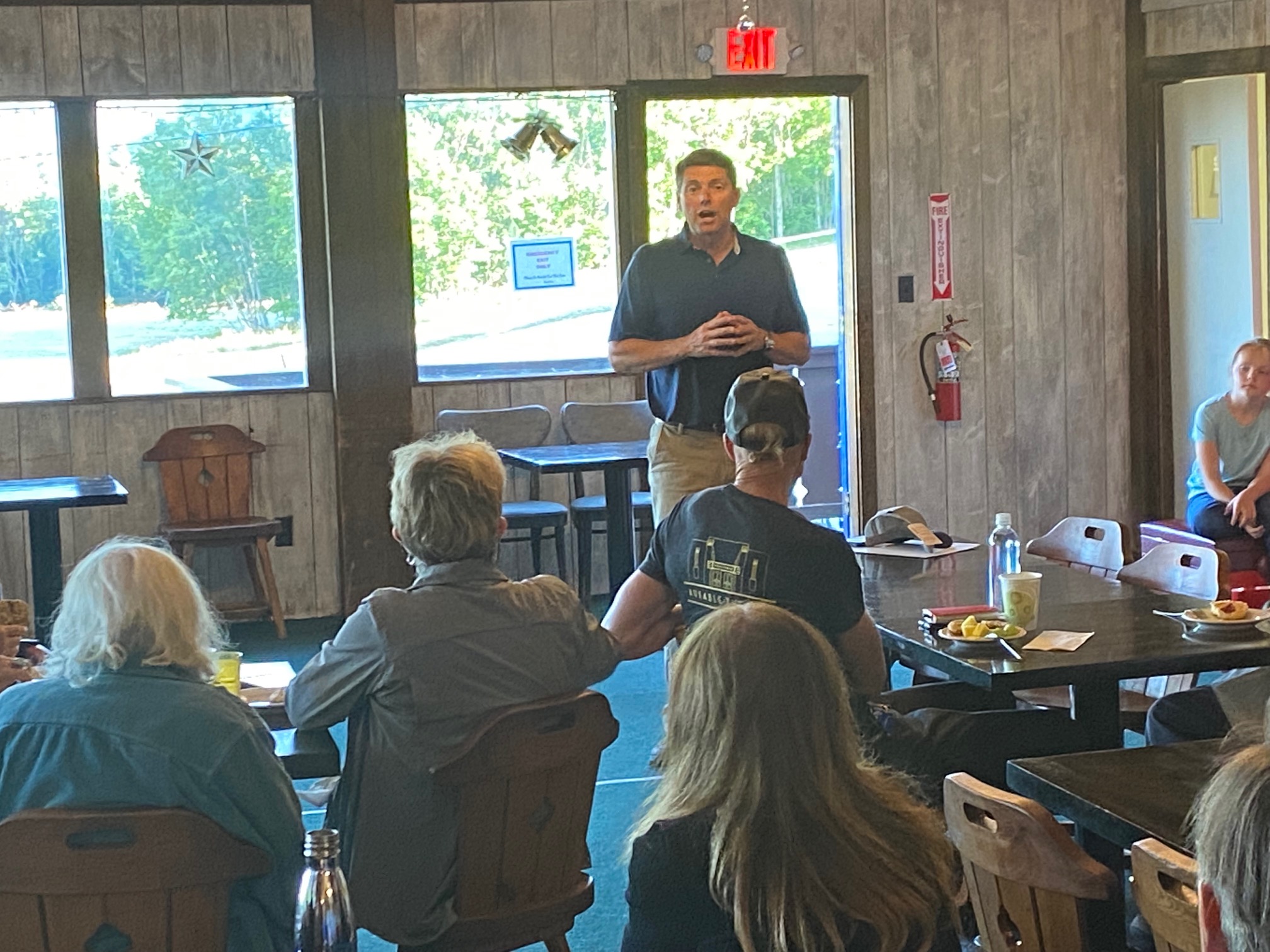 Billy introduced himself to the large (for us!) audience and took questions. What a great venue, and the hospitality from Santa’s Workshop was, as usual, superb. If he wins reelection in November – remember to vote for him, he’s a Dem…and a good one – Assemblyman Jones will be our new representative in the NY Legislature. The district lines were redrawn this year and the towns of North Elba, Keene, Wilmington and Jay will transition from the 114th (currently represented by Matt Simpson) into the 115th district, which was just to the north of our towns.

Billy discussed his strategy for getting things done in Albany. That involves inviting downstate representatives into the North Country to experience the wilderness firsthand and to better understand our communities. He also discussed pressing issues such as firearms legislation, school safety, broadband access, infrastructure, and his bill to study teaming Lake Placid with NYC to pursue a future Olympic bid.