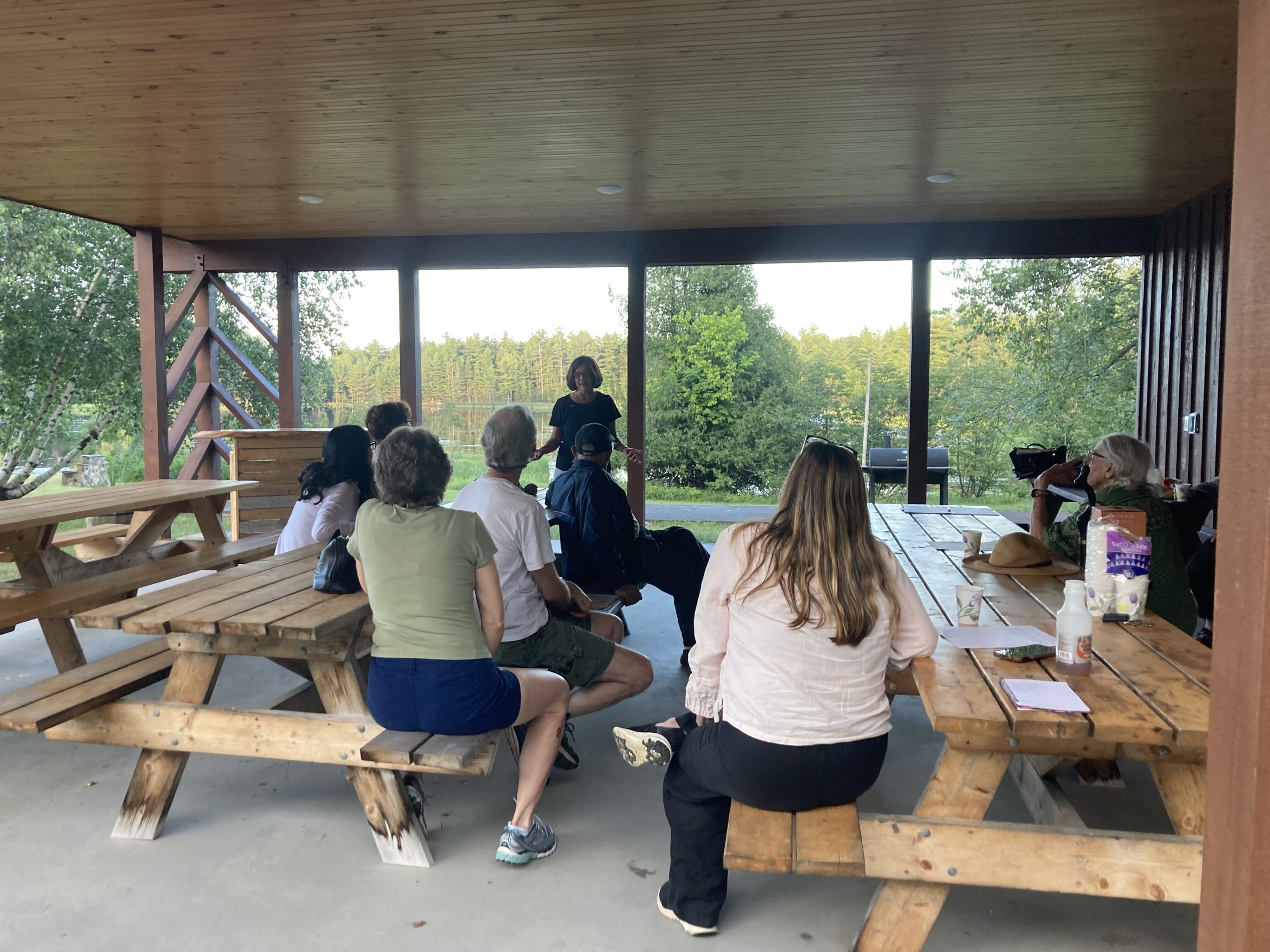 This month’s guest speaker was Jean Lapper, Democratic NY State Senate candidate for our district (NY45) against Republican incumbent Dan Stec. District is 6900 sq. miles including Clinton, Essex, Franklin and Warren and parts of St. Lawrence and Washington Counties. She’s a CPA (and mom!) originally from Long Island, but living in Queensbury for the last 35 years. She is part of her town and the State’s Dem Committees. Jean introduced herself then took questions from the attendees.

She was impressed with our committee’s commitment, dedication and spirit. What can we do? Make calls, go door to door, contribute. She decided to run because no candidate should run unopposed and our area has been neglected. In addition, it’s difficult for a Republican to prevail in Albany because of their unpopularity – the Democrats have a super-majority. Affordable housing, broadband, short term rentals are major issues in our area – in addition to healthcare, the cost of living, the environment, preserving democracy, ensuring reproductive rights and responsible gun regulations.

Discussion of last meeting with guest NY State Assembly Member Billy Jones including his proposal to explore a Lake Placid/NYC Olympic bid. The group thought the meeting was informative…good turnout and many questions.

ECDC update. Our June meeting was jointly attended by the ECDC so that was also their June meeting. Amy Quinn (D) is running for State Supreme Court, if nominated by the caucus (there are no primaries for justices) she will appear on the November ballot. Amy is scheduled to attend the July 25 ECDC meeting which will be available on Zoom. I will send credentials to JWDC members for this meeting. You don’t have to be a delegate to attend ECDC meetings.

Review and approval of the Treasurer’s report. Our balance is $541. Two recent transactions – refreshments and snacks for June meeting = $225 and an in-kind donation from Knut: $50 to the Jay Community News on our behalf.

The next primary (called a Special Primary) is August 23. Democrats only to determine which Matt will be nominee for Congressional District 21 against Elise Stefanik. Early voting starts August 13. Election Inspectors are always appreciated, contact jennifer.fifield@essexcountyny.gov to sign up. The BoE will accept half shifts and any registered Essex County voter regardless of party affiliation is eligible. Early voting is August 13 – August 21 at the Lake Elementary School or North Hudson. The last day to register for the primary July 29 (25 days prior).  Changing parties has no deadline but for voters to appear in the poll books, they should get their change submitted by July 29. Note a voter that isn’t in the poll book but knows they should be is eligible to vote on a provisional ballot (also known as an affidavit ballot).

Postcard and communications projects: No update this month, Marisol is travelling.

Towns of Jay and Wilmington update: The Town of Jay has been very active with events (such as the July 4 parade, entertainment, activities; pursuing infrastructure improvements (such as upgrading the waste water system); addressing the Jay Highway Department (compensation, equipment, facilities); and reorganizing and restoring the Planning Board to full membership.

Jay Town Justice: This is an elected position that runs through 2023. The incumbent Republican (Daniel Deyoe) ran unopposed in the last election cycle. Candidates for Town Justice must be residents, at least 18 years old. A law degree or past legal experience is unnecessary, all the training is provided by NY State. The position is part-time and the salary is $16,950/yr. We should recruit a challenger.