Au Sable Forks, located at the northern end of the Town of Jay, where the east and west branch of the Au Sable River merge. It is also the Town seat where the town offices and main business district is located. Part of the town, north of the Au Sable River actually is part of the Town of Black Brook, in Clinton County, and the Town of Black Brook offices are also located here. There is a lot of history in Au Sable Forks, and the hamlet is made up of a number of older smaller hamlets like Green Street, Jersey Section, Rome Section, and the Grove. Au Sable Forks is served by the volunteer fire department and a volunteer ambulance corps. The Town of Jay is part of the Au Sable Valley School District, with district offices in Clintonville, and Au Sable Forks is home to the Elementary School, while the Middle and High School is located in Clintonville. Au Sable Forks is also where the former homes of James and John Rogers of the J&J Rogers Company are located. The Roger’s family ran many businesses, most notably the paper mill, and were the dominant employer in the hamlet until the paper mill closed in the early 1980’s. Currently the business district hosts a Stewarts gas station, Family Dollar store, Tops supermarket, a bar, pizzeria, deli, thrift shops, pharmacy, liquor store, hair salon, a movie theater, bank, and a couple of automotive garages, among others. 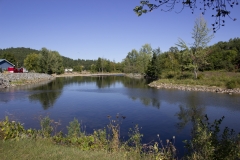 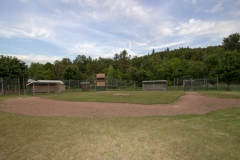 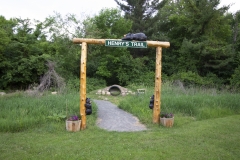